Looks like this picture should be in your Facebook feed, right? A bunch of friends hamming it up for the camera?

But no, it’s a group of Temple chemistry majors in 1945-1946 outside College Hall (now Barrack Hall), where chemistry courses and labs were held until the construction of Beury Hall in the 1960s. 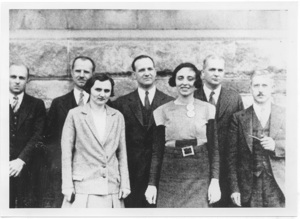 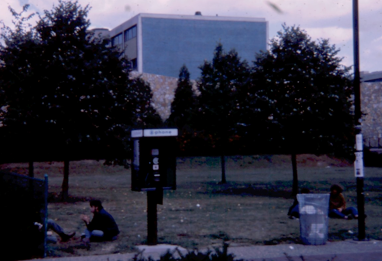 Here’s Beury Hall in the 1970s. For you youngsters out there, that funny thing in the foreground is called a public phone. We used to have to use them to make calls!